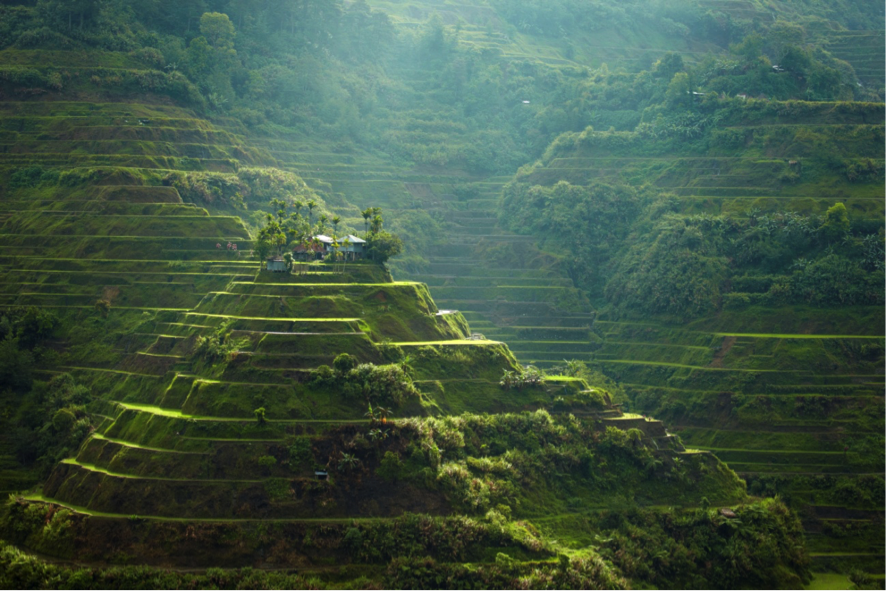 Banaue and Cordillera Rice Terraces will be connected by a shorter flight from Manila, beginning May 17th

From May 17th, 2017, one of the most sustainable, traditional and unknown destinations in The Philippines would be reachable by plane from Clark International Airport (Manila).

Madrid, March, 2017.- Banaue and Cordillera Rice Terraces, a magnificent mountain chain and its valleys that treasures The Philippines’ living cultural landscape and one of its most sustainable destinations, will be connected by a shorter and quicker flight to from Manila’s Clark International Airport since May 17th, 2017.

Although there are numerous rice terraces throughout Asia, the Banaue Rice Terraces, listed as a UNESCO World Heritage Site in 1995, earned the monicker “the eighth wonder of the world” because of its immensity and height of 1500 meters above sea level, as built by the Ifugao ancestors some 2,000 years ago, fed by an ancient irrigation system from the mountain rainforest.

The flight from Clark to Bagabag Airport in Nueva Vizcaya will take approximately one hour and the magnificent and breathtaking terraces is accessible within 45 minutes. The flights will commence on May 17 with a four-flight weekly schedule on board a 38-seater Dornier plane.

Department of Tourism (DOT) Secretary Wanda Corazon Tulfo-Teo launched this new air route during ITB in Berlin (beginning of March 2017), when she highlighted that this flight “will complement the activities we are promoting in the European market, particularly for travelers who seek cultural immersion in The Philippines”.

DOT Director for the Cordillera Administrative Region (CAR) Marie Venus Tan, stated that the new air connectivity development will cut by more than half the usual travel time from Manila to Banaue trip via land that would normally take up to six to eight hours.

“The Cordilleras is all about tradition and exotic culture. This is our strongest selling point because our visitors can experience authentic and truly meaningful cultural immersions that benefit the host communities. We are blessed with rich and fascinating culture we can be very proud of,” said Tan.

From the picturesque capital city of Bontoc and the astonishing Banaue lookout to the mountains, the small towns of Batad, Bangaan and Mayoyao surrounded by spectacular and infinite rice terraces, the exhuberant Hapao Valley, the acid, volcanic, blue lake at Pinatubo Mount or the hanging coffins, subterranean caves used as burial grounds by the natives in Sagada, Cordillera attractions are many and a sign of its local heritage.

The Spanish footprint in the Rice Terraces

Spanish travelers will also find lots of historic ties in the Rice Terraces, discovered by colonial Spaniards in XVI century. Spanish traces can also be found at the 300 years-old coastal city of Vigan, UNESCO World Heritage Site since 1999, due to its combination of Asian architecture and colonial buildings, museums, markets and churches, as the S. Paul’s Cathedral, built in 1641.

Boutique, luxury and budget hotels offer a wide range of lodging options in this destination, which can be visited throughout the year, and especially between November and April, when travelers can enjoy warm and sunny weather as well as rice’s sowing time, a genuine spectacle that portrays all the traditions and uses that built up this one-of-a-kind region. 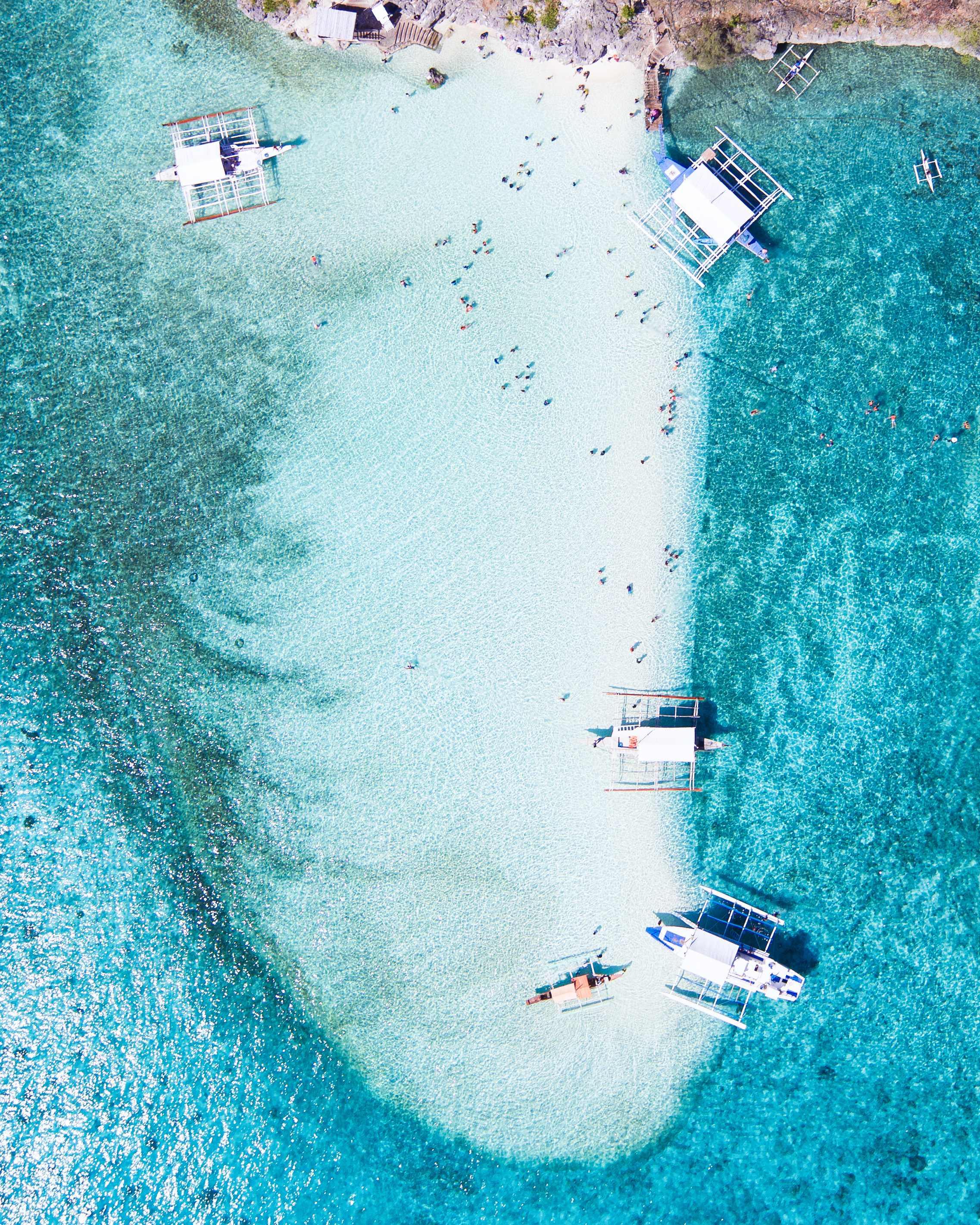 “Please visit this page again for exciting upcoming events and activations in London.  In the meantime, you can help put the Philippines on the ‘World’s Best’ list again by voting for your favourite island in Conde Nast Traveller Readers’ Travel Awards.  Click on this link to vote.

Thank you and Mabuhay!”

Hosted Thames-side at Potters Fields Park with fantastic views of Tower Bridge, the Philippines Tourism Weekend will showcase the best of the Philippines and show how the Philippines is increasingly known as one of the world’s most exotic holiday destinations to Londoners.

Kicking off at 11am until 9pm on Saturday 27th August, and 10am until 7pm on Sunday 28th August, the Philippines Department of Tourism invites all to join the party and find out why ‘It’s More Fun in The Philippines’.

With 20,000 people expected to attend the free event over the two days, visitors will be taken on a virtual and interactive trip around seven magical islands, with each area of the event showcasing the different cultural pleasures associated with each feature region. Don’t miss this unique opportunity to feel the sand between your toes and kick back with a coconut cocktail or Lambanog whilst soaking up the Filipino atmosphere in the capital. 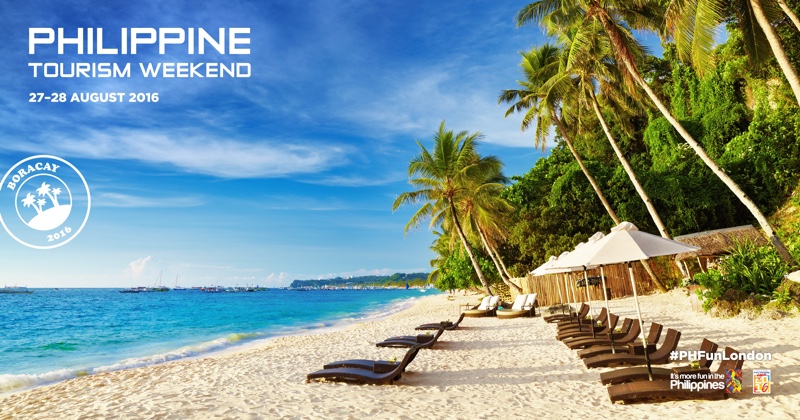 Experience the delights of the county’s attractions with a host of activities including a thrilling zipline, virtual reality rice terrace experience and a beach party, amongst many more surprises courtesy of a collection of artists and performers. 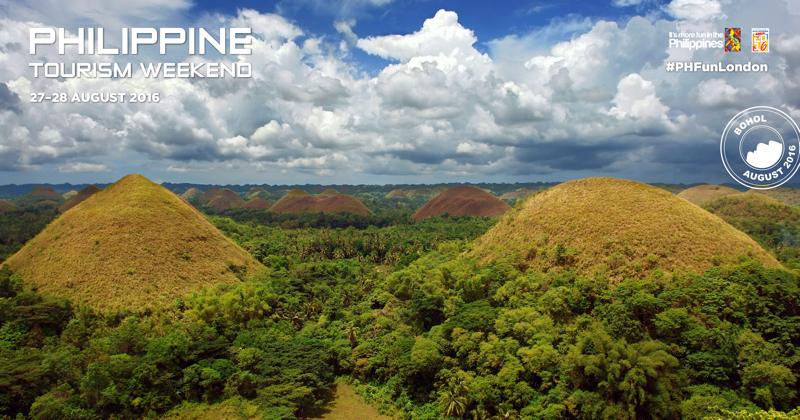 Attendees will enjoy a multitude of performances and Filipino traditions that promise to be a feast for both the eyes and the taste buds, including food and drink demonstrations from the region’s expatriate community. 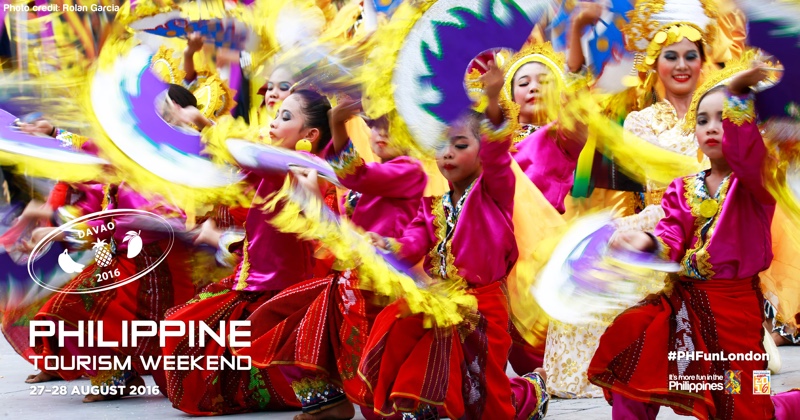 There will be giveaways throughout, including unique rice treats and exotic fruit samples.Visitors will also have the chance to win a holiday of a lifetime by collecting stamps on their event passport around the site. 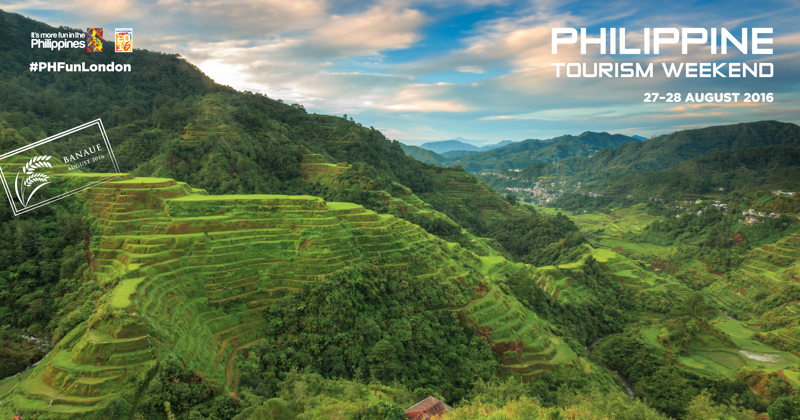 To enter the competition, attendees will need to upload a photo of their completed passport to social media using the hashtag #PHfunLondon .

The lucky winner will experience the best of the Philippine islands on a luxury nine-day holiday for two to Manila, Boracay, Cebu and Palawan (Coron) with: 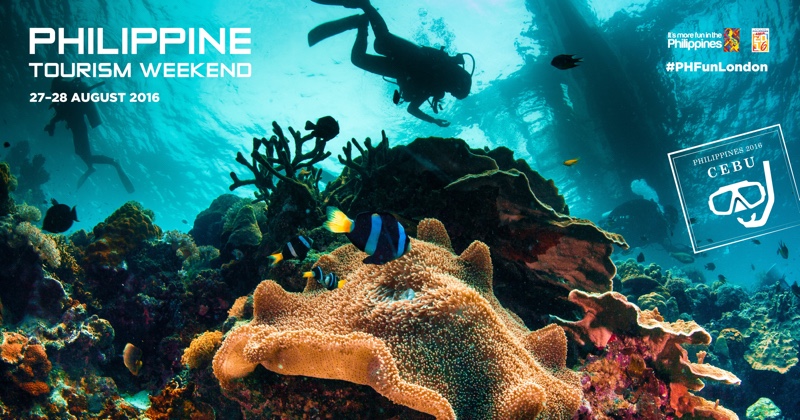 A special guest chef will be embarking on a culinary taste tour of the Philippines to prepare an exclusive, limited edition burger, which will be launched exclusively at the Potter’s Field event.

Philippines-based Rum makers Don Papa Rum will be exhibiting at the event, concocting cocktails inspired by authentic tastes from the region. 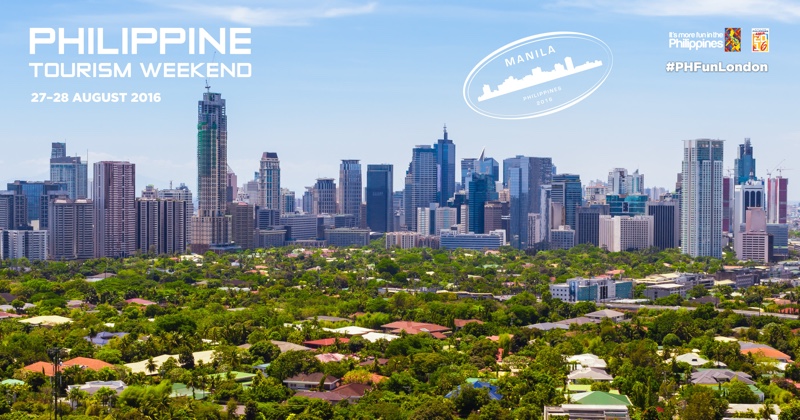 The event will give the local Philippine community a chance to promote their beautiful country to London’s residents. Attendees will be encouraged to get involved with the campaign on social media with the hash tag: #PHfunLondon .

“We are excited to be able to showcase just some of the many wonderful aspects that our country has to offer. This event will be great fun for all who will attend and we hope they leave inspired to see and experience our country”. – Gerard Panga, Tourism Attache and Directer for Southern and Northern Europe- Philippine Department of Tourism- London. 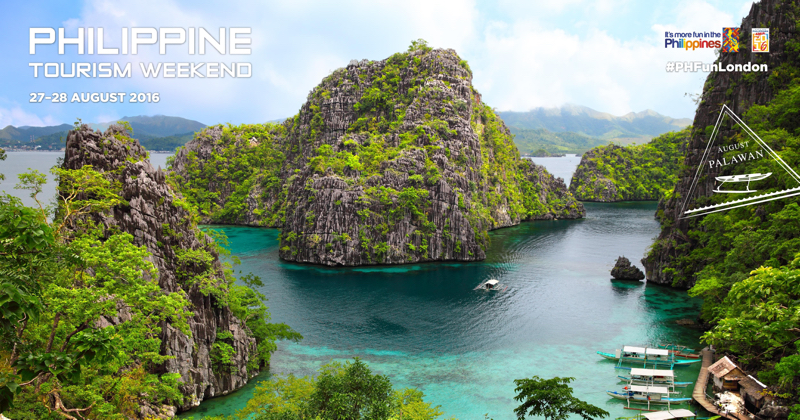 Potters Fields Park can be accessed either via Tooley Street, Tower Bridge Road, the Queens Walk from More London, or from Shad Thames. The best postcode to use for SATNAV or Google maps is SE1 2AA. 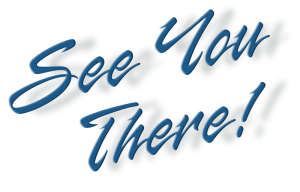